Meghmani, the paracetamol manufacturers in India are not only well-known for that, but have also achieved many milestones beyond that. Being a company with huge exposure and experience they hold expertise in Pharma, Paper Chemical & Pigment industry. With their journey being initiated in the year 1977, they intended to emerge as a trusted name on the global map of Pigment industry. However, the journey they have taken is much more than what they expected. Not only in the pigment industry but in pharma and paper chemicals they have emerged as a successful name.

The industry knows them as the paracetamol manufacturers in India and thus they have gained that identity in the Pharmaceutical industry across the globe. Today we are going to have a look at the three different sectors in which Meghmani, paracetamol manufacturers in India are currently working. Also, the work they have done till date and also the noteworthy achievements in each of those industries that makes them a role model will be covered in our today’s blog.

Pigment is a coloured material that is completely or nearly insoluble in water. Whereas. Dyes are easily soluble, either at that time or at some other stage in their life. Dyes are organic compounds and pigments are inorganic compounds. The primary application of dyes and pigments is to provide colour to various materials like textiles or paints. Dyes are mainly used in the textile and paper markets whereas pigments find applications in industries like colouring paints, inks, cosmetics, and plastics.

When it comes to application, dyes can be easily used with a dye solution by dissolving it in water. However, a pigment cannot be directly applied to a material. It must be done with at least two different parts to apply it on any material. Meghmani embarked on the journey of dyes and its intermediate businesses by the name Ashish Chemicals. In 1992, they entered into the section of pigments and began manufacturing Violet – 23.

In 2014, they expanded the production of Quinacridone and Violet – 23 at Dahej, SEZ. Today, Meghmani, along with being paracetamol manufacturers in India, is also India’s largest exporter of Violet – 23. Also, Meghmani has 20% global pigments market share. 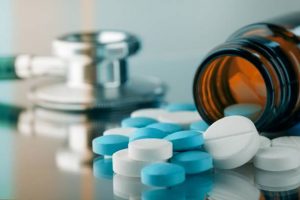 The companies in the pharmaceutical industry discovers, develops, produces and markets drugs or pharmaceutical drugs for use as medications to be administered to patients, with the aim to cure them.

Meghmani in 2010 started manufacturing 25,000 MT of Paracetamol and soon became the largest paracetamol manufacturers in India. Not only does it serve the needs of our country, India, but also exports the medicines to many countries in the world.

Along with their work in the pharmaceuticals industry, they are committed towards integration of environmental, social and ethical principles into our day to day business operations. They follow the highest standards of governance and transparency and provide employees and business associates with working conditions that are clean, safe, healthy and fair.

When it comes to the pharmaceutical division at Meghmani, they have a fully backward integrated setup where they use locally available raw materials and do not rely on imported material. They have a dedicated plant for paracetamol with no cross contamination. When it comes to their products, they have paracetamol powder, crystals, micronized powder and customized grades.

In 1995, Meghmani branched out into the Agrochemical sector and in 2004 it became the first Indian chemicals company to be listed on the Singapore Stock Exchange. In 2007, it commenced manufacturing of basic chemicals. Recently, in 2020 they have commenced with the production of Thermo Black – 2. It has 35MW Renewable power generation for plants.

With a manufacturing plant at the Special Economic Zone, the connectivity of air, sea and road makes travel much easier. The production site is at a greenfield project with a production capacity of about 1500 MT. Paper chemical site is fully backward integrated and the production from raw materials to the final finished form is conducted here itself.

After achieving milestones in all these three sectors, Meghmani group is still continuing the journey of making some more milestones and achieving continuous success to make a benchmark that’s impossible to break. It is indeed a pleasure to see such wonderful groups coming forward and working with commitment to contribute to the collective growth of the country’s economy.